Best PC Games -Top Games to Get This Year 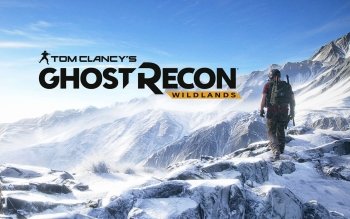 This year has been a massive year for the gaming community! There has been some massive announcements made throughout the year of the different games that we can expect over the coming months, and these announcements couldn’t have come at a better time with all the RTX graphics cards being released, along with the Ryzen 3000 series CPU. What better way to test your new PC build than to treat it with the latest games! We have chosen a couple of games that we want to discuss!

I am sure you have heard about the Call of Duty franchise by now unless you have been living under a rock! Call of Duty Modern Warfare is one of if not the most popular first-person shooters available. It originally started in 2003 when Activation took us back to World War 2, and since then their games have been set in modern times, the cold we, futuristic, and even in space. The campaign is based around the British SAS and American CIA agents as they team up with rebels to fight against the Russian forces who have invaded the country. You have specials Ops mode which allows you to play missions in co-op that follow up from the campaign. You also have the multiplayer which is one of the main reasons this franchise has been so successful. They now offer cross-platform multiplayer where you are able to play against players who are on Xbox, PlayStation, and PC which will make it more interesting.

Is an action-adventure game, you are a disgraced and disfigured warrior rescued from the brink of death. This game takes place in the Sengoku period in Japan and follows Shinobi who is also known as The Wolf who is attempting to take revenge on a Samurai Clan who attacked and kidnapped his lord. This game unfortunately does lack character customization, the ability to level up a variety of stats as well as no multiplayer. Now for the positives, you are able to upgrade your gear, you have a skill tree that you can progress through. Sekiro is based around stealth and getting close enough to enemies to eliminate them without being noticed, also to help you take out enemies you have the ability to use tools such as a grappling hook. If your player dies, instead of having to go back to the last saved checkpoint you have the option to be revived in the same spot as long as you have a resurrection power that is restored by defeating enemies.

we have another action-adventure game, unfortunately! In the early stages of the game, you are able to create your own character and able to choose your first ship, this will be your central hub throughout the game. You are unable to use this ship directly but it allows you to fast travel around the map. As you progress through the game you will be able to recruit no player characters who will act as companions who have their own stories and side missions, they will also aid you in any combat. Each companion has its own special abilities that you can progress throughout the game. You are only able to take 2 companions with you at any one time and the rest will stay on your ship. You will make different decisions as you play which will constantly change your experience in the game. The Outer World is based on an alternative reality that starts in 1901 where megacorporations start colonizing alien planets. The colony’s ship that is faster than the speed of light goes astray and ends up abandoned on the edge of colony space, this is where your character will wake up and begin your story!

Ghost Recon Breakpoint is set in the year 2023, 4 years after its previous game wildlands. It all takes place on an island called Aoura, which is owned by a billionaire and philanthropist Jace Skell. Skell is a company that produces drones for commercial and military use. Skell purchased the island with the intent of turning it into World 2.0 where they work on artificial intelligence and drones. This was until a formal Ghost Lieutenant, Colonel Cole. D Walker went rogue after leaving the army after a mission where he witnesses his team get slaughtered on a mission in Bolivia. Just like Ghosts Wildlands, this is a tactical shooter in an open world environment. You are able to customize your character’s looks and clothing. On the official launch, you will have a choice of 4 different classes with the plan of increasing these choices with further updates. Each class will have their own special abilities, for example, the panther class is based around stealth and have access to smoke bombs. You are able to change these classes at any point through the game so it is not a set choice! As you progress through the game you are going to need to gather intelligence that will help you in different ways, it can point you towards new weapons, hideouts, and more. You will get to make choices throughout the game however they will all come to the same conclusion at the end. 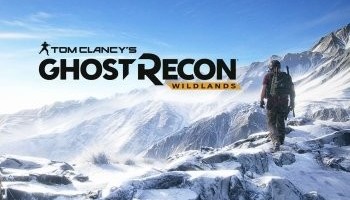 The last game that I am going to talk about here is Cyberpunk 2077. Again this is another open-world game where you play as a mercenary known as V whose voice, face, hairstyles, body type, and body modifications you can customize. There are numerous districts that you are able to explore throughout the games and also the cities surrounding areas known as the badlands. While playing through the game you will have access to different vehicles and weapons, all of which you can customize to your own liking. Along with this, you are able to change radio stations when in vehicles, run over pedestrians and the day and night cycle will affect the way NPC’s behave. V will have the ability to buy apartments where you will be able to change clothing, collect weapons you store there, and where you can bring back NPC’s for sexual activities. You will come across characters who will be talking different languages but you are able to buy translator implants so you can understand them a bit better. You can also get Braindance which allows V to experience the emotions and muscle movements of other players. You will also have to complete Minigames as you progress which include hacking, boxing, auto racing, martial arts, and shooting ranges. The different decisions that you make in the game will lead to different endings so be careful what you choose!

We have quite a lot to look forward to!