What Do I Need To Build a Computer – A Quick List 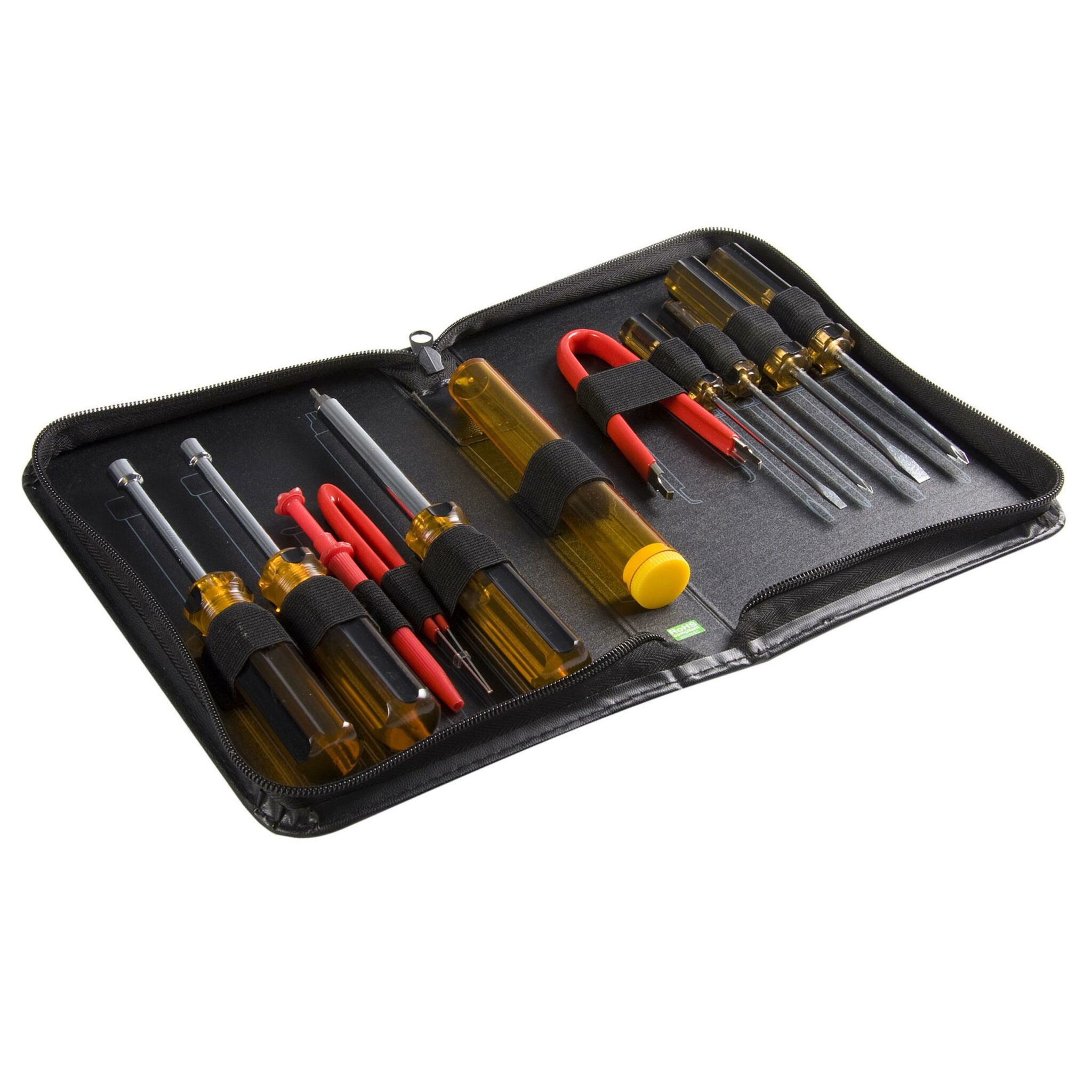 When it comes to building your own computer there is not a massive amount you will need to put it all together. I am going to talk about a couple of different tool kits that have everything that you need for putting your computer together and why I think that they are worth the thought. Along with this, I will talk about all the extra bits that you may require while building your computer that you wouldn’t usually consider.

So the first tool kit I want to talk about is the IFIXIT Pro Tech Tool kit from Currys PC World. The main reason this is a consideration is that it has everything that you will need to build a computer and much more, you would have to tools to repair laptops, replace phone screens and repair other electrical goods. First of you have your anti-static band which is advised when working on a computer so you don’t damage any components. You have all the screwdriver heads that you would need to build a computer which is usually just a philips head but you have more than enough to make sure you have the correct one. When it comes to working on a phone you have the very small screw heads that are needed, there is a Jimmy which is used to open devices and 6 picks that you can put into place to make sure it doesn’t seal itself. You have a suction cup for the screen to help you remove it and it all comes with its own fabric carry case so you can use it on the go. This is more than enough for your computer project and you have the reliable name of IFIXIT as well. If you do go with this particular tool kit would get manufacturer lifetime warranty.

The second tool kit that I want to talk about is from Amazon, it is a Maxesla 115 in 1 precision screwdriver set. This is another set that has enough tools not only for computers but again for phones, speakers, laptops, and numerous other devices. It has all the fitting required to build your computer along with an anti-static band, you are even able to magnetize and demagnetize the screwdriver pieces. There are a variety of plastic pry tools of different shapes to help you get anything open, you have a couple of different small nose tweezers and also a flexible extension for the screwdriver for any hard to reach screws. This is another kit the is more than enough to help build your computer while also trying to save on costs as it is one of the cheaper options. With this, if you are in a bit of a hurry, if you are signed up to amazon prime you will be able to get this one on a next day service at no extra cost.

The last tool kit that I think is worth a mention would be the ISPROTEK 43 Piece kit available from Ebuyer. This particular kit isn’t quite as extensive as the others that have been mentioned at this one is specifically aimed at computers rather than your general tool kits for all electronics. This also comes with an anti-static band so you won’t have to worry about getting one, it has a reverse able ratchet screwdriver with 10 screwdriver pieces and 5 socket pieces. A bonus with this particular kit it already comes with cable ties so you wouldn’t need to purchase these separately, it also comes with a spare parts container with some spare parts. This one also comes in a durable zip-up case.

Picture not the exact product 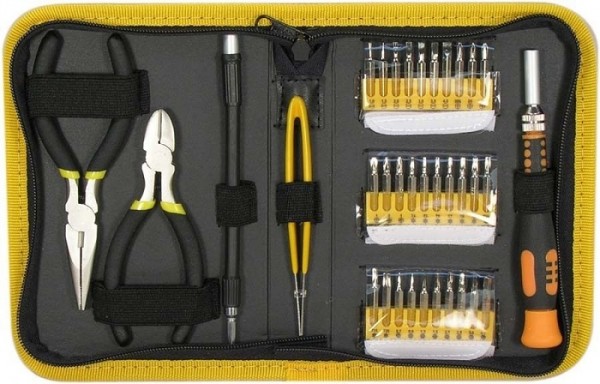 One thing that you may need is extra screws as they are small you may lose some, if this is the case they don’t come with extras so you may be short. This particular tub comes with all the different screws that you are going to need. You will have more of the smaller screws and fewer of the chassis screws as they are considerably bigger.

You are going to need cable ties to try to keep the build nice and tidy. Once you have built it all of your wires are going to be in the back of the case so you will need to try to keep them tidy to be able to get the back panel back on and to make sure none of them come through to the front of the case when you have finished it all. You don’t want to get extremely long ones as they are quite bulky ties and take up unnecessary space, you will just need something that will hold them like these

This isn’t necessarily for building a computer but more so for maintaining it. You will want to remove the cover every week or every couple of weeks to get all the dust out to keep the running temperatures down as much as possible, if you let the dust build up too much it will block the airflow and may cause problems down the line. You can either get cans of compressed air which is cheaper at the time but can get expensive over time as you buy them or you can buy small handheld air dusters that you plugin, these are more expensive but you don’t have to keep purchasing them. They both work a bit differently but have the same effect of removing the dust around your components.